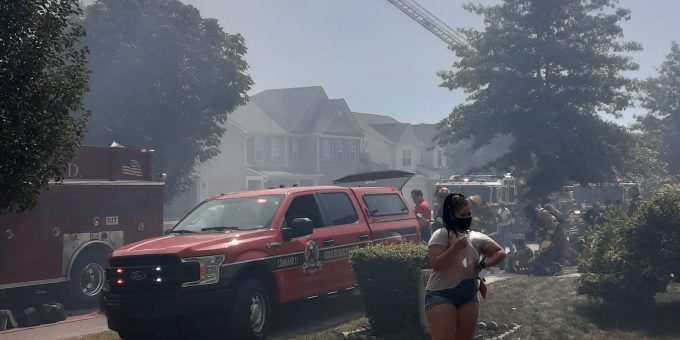 (BLOOMINGTON) – Firefighters are battling numerous house fires in the 3540 block of South Wickens Street in Bloomington.

Wickens Street is in a housing addition off of Rockport Road.

Three houses have been destroyed. A fourth was heavily damaged.

WBIW is on the scene. Reporter Bill Raines spoke to one of the homeowners

Vectren arrived on the scene to shut off gas to the area.

Neighbors say they heard a loud explosion and then saw the homes engulfed in flames.