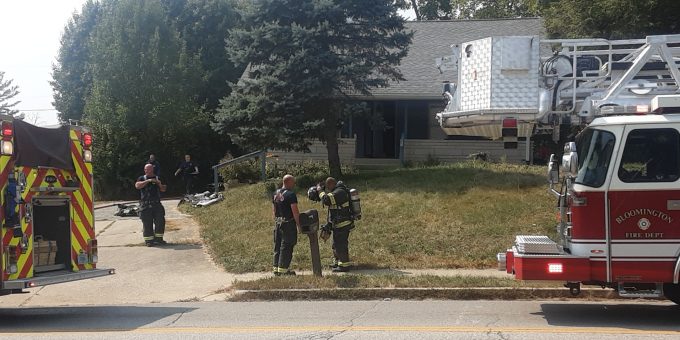 (BLOOMINGTON) – A home was damaged by fire in the 2800 block of South Walnut Street Pike Thursday afternoon.

Firefighters were dispatched at 1:45 p.m. and they found a fire in the basement of the residence.

The fire was quickly brought under control, and investigation is underway to try and determine what caused the blaze, according to Bloomington Fire Chief Jason Moore who was at the fire scene this afternoon.

No one was at the home at the time of the fire and no firefighters were injured while fighting the blaze.

Walnut Street Pike was closed for several minutes as the fire department stretched supply lines from the fire hydrant to the fire engines.