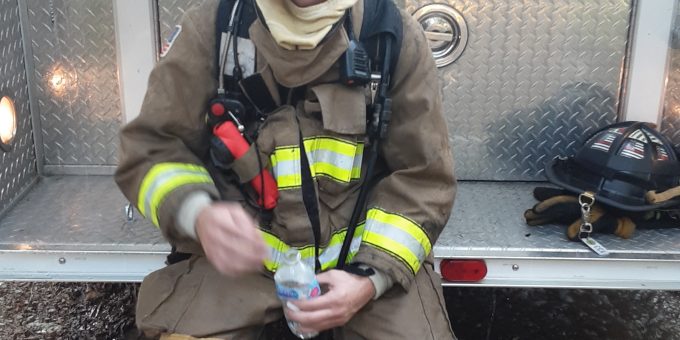 The home owned by John and Deanna Moore.

The home sat off the roadway some distance and a firehose extended from the county road into an engine that was being used to fight the fire. At least two hose lines off the engine were utilized.

Firefighters rotated in and out of the home, taking breaks to cool down and then return back inside the home.

Firefighters were still on the scene at 7:30 p.m. taking care of hot spots and making sure the fire was out.

There were no injuries reported in the blaze. IU Health Ambulance Service and Lawrence County Police Department assisting at the scene.

Firefighters from Shawswick, Marion, Oolitic, and Pleasant Run Fire Departments returned to the fire early Tuesday morning on a rekindle of the fire at around 6:30 a.m.