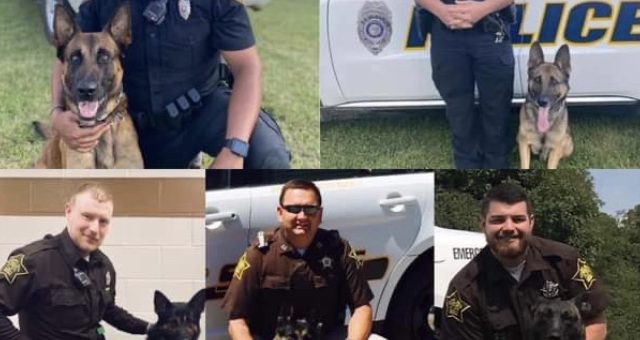 (BEDFORD) – The Lawrence County GOP will be hosting a community-wide “BBQ with the Blue” event this Saturday from 11:00 a.m. until 6:00 p.m. to show support for local law enforcement.

Community members are encouraged to host private cookouts and participate in the event by sharing photos of their gatherings on social media with the hashtag #BBQWithTheBlue.

Indiana Republican Candidate for Attorney General, Todd Rokita will provide the send-off for the motorcycle riders participating in the “Back The Blue” ride.

“We ask that those who wish to take part in the ride, show up Saturday around 10:00 a.m. register and sign a release. The motorcycles will depart at 11:00 a.m. Anyone can be a part of the ride, but the ride is more for motorcycles. Motorcycles will be assigned to the front of the group, with an escort from one of the police departments. All other vehicles will line up at the end,” said Captain Morgan Lee of the Bedford Police Department.

Several K-9 officers will be on hand at the Lawrence County 4-H Fairgrounds doing K-9 demonstrations.

Just to add more to the fun, a Car Show will also be taking place, with classic cars, trucks, and bikes. Prizes will be awarded. The first 50 entries will receive a dash plaque.

Prizes will be awarded for:

“We are hoping for good weather, a great turn out and a great time to support a good cause,” said Scott Smith Lawrence County Councilman.

Several local food vendors will be on hand to quench your thirst and take care of any hunger pains.