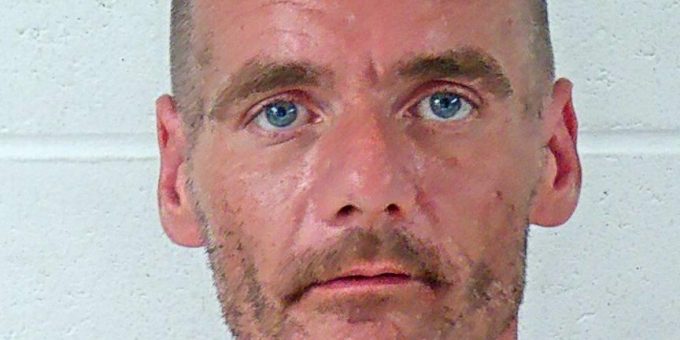 (BEDFORD) – A Bedford man was arrested on drug charges Friday afternoon after he made several 911 calls to the Bedford Police Department.

“Dispatch received several calls from a cellphone from a male stating he was armed with ‘weapons galore’ and ready to have a battle with police,” said Bedford Police Chief Terry Moore.

A dispatcher was able to ping the call in the general area of 18th and J streets.

“After receiving additional information and taking one last 911 call, the male identified himself as Jeremy,” added Chief Moore.

Officers shut down the area for public safety and St. Vincent de Paul School was alerted.

“Officers were aware that 34-year-old Jeremy Evans lived at 1908 J Street and started toward his house,” said Chief Moore. “Officers located Evans outside of his house and confirmed he was the male making the calls. When officers entered the house to make sure it was safe, officers located in plain view drug paraphernalia and methamphetamine. The only weapons that were located were two BB guns and two bows.”

Evans was arrested on charges of possession of meth, possession of drug paraphernalia, intimidation, criminal mischief, and unlawful use of 911.