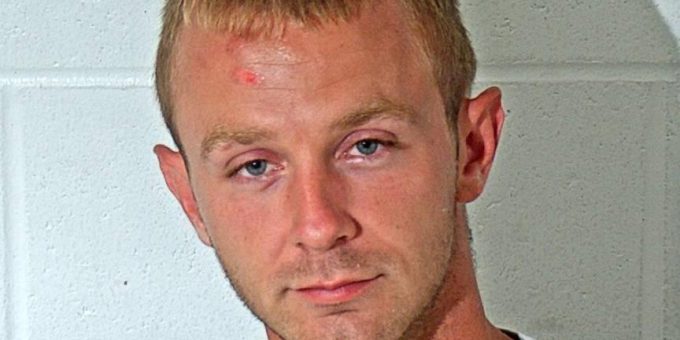 (BEDFORD) – An Ellettsville man was arrested early Friday morning after he fled from police while they were attempting to stop his vehicle.

According to a probable cause affidavit, at 1:25 a.m. a deputy noticed a vehicle leave the Steel Horse Saloon on Hillcrest Way and run off the roadway in the front parking lot.

The deputy attempted to stop a vehicle at Old State Road 37 and Seiboldt Quarry Road after observing the driver cross over the double yellow line.

The deputy activated his lights, but the driver of the blue 2004 Infiniti G35 failed to stop and then increased his speed.

The driver then crossed the yellow line again and swerved back over and almost striking another vehicle.

The driver of the vehicle then crossed the double yellow line again and passed another vehicle.

Police say the driver was traveling in excess of 90 miles per hour.

The vehicle then crossed the Monroe County line and spun out and crashed into a guardrail. The vehicle came to a stop south of the intersection of Harrodsburg Road and State Road 37 facing the guardrail.

The driver was identified as Mitchell Zerface.

Zerface was told to exit the vehicle with his hands in the air and to lay on the ground where he was handcuffed.

Police say Zerface smelled of alcohol and had slurred speech. A portable breath test was administered on the scene and yielded a positive result for
alcohol.

Zerface suffered two abrasions to his head from the crash and was taken by ambulance to IU Health Bedford Hospital for treatment and a blood draw.

After being released from the hospital he was transported to jail.