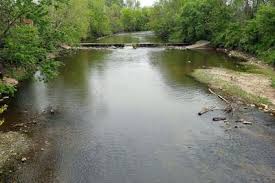 (LAFAYETTE) — A 12-year-old girl died after she was swept away in a creek that’s a popular swimming spot in northwestern Indiana, authorities said.

An autopsy was scheduled for Monday on the body of Felipa Laynes Pedro, who died Sunday, said Carrie Costello, chief deputy coroner for the Tippecanoe County Coroner’s Office.

She vanished Sunday afternoon after she was swept away while she was with her 13-year-old brother in Wildcat Creek at Wildcat Creek Park just east of Lafayette, said Lt. Matthew Couch of the Tippecanoe County Sheriff’s Office.

Couch said that when police were called about 4:50 p.m., the girl’s family had been searching for her for about an hour in the area about 65 miles (104.6 kilometers) northwest of Indianapolis.

Divers with the county’s Water Response Team found her just below the water’s surface, and she was pronounced dead at a Lafayette hospital, the Journal & Courier reported.