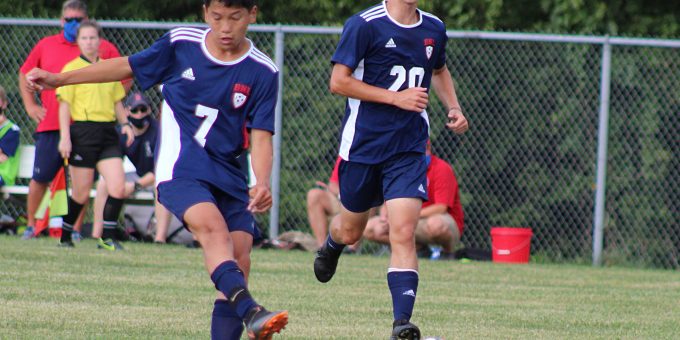 BEDFORD – Bloomington North’s Sandro Smith posted a hat trick in the first half, leading the Cougars to a 6-0 triumph over Bedford North Lawrence during boys high school soccer action on Saturday afternoon.

Smith bagged home a header from 10 yards out at 34:21, then struck again at 22:11. The most damaging goal was his last, a shot off a pass from Jallah Barbu with 7.5 seconds left in the half.

North’s Adrian Reed scored off a Smith assist to open the second half. Barbu lofted home a beautiful goal from 45 yards, soaring the ball over the goalie’s head and off the crossbar at 13:52, and Noah Nelson finished the scoring with a goal at 7:56.

“We worked on our possessions and moving the ball,” BNL coach Logan Jackson said. “And we did a pretty good job of that today. We had some opportunities, but we have to be able to finish.

“We’ve had three tough games in a row (outscored 17-0 in that span), so we need to get back in the scoring column.”

North owned a 15-2 advantage in shots.

The Stars (1-4) will host Silver Creek on Tuesday.