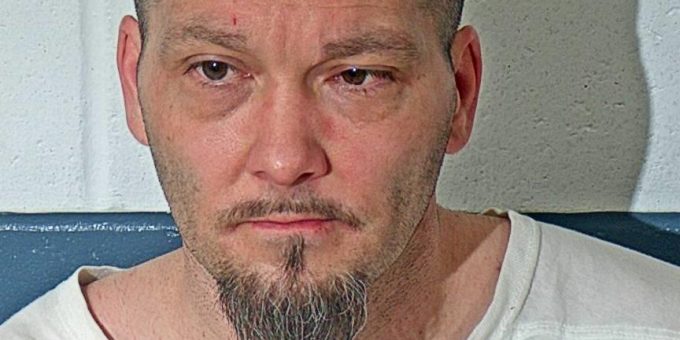 (BEDFORD) – A Paoli man was sentenced to four years in the Department of Correction by Superior Court II Judge Williams Sleva after he was stopped for being a habitual traffic offender.

Miller was arrested by a Lawrence County Sheriff’s Department deputy on the evening of December 17, 2019 when dispatchers received a call from a resident in the 3010 block of Old Vincennes Road reporting there was a vehicle in his driveway. The caller said the vehicle was not running but the lights were still on.

The caller spoke to the driver who told him the vehicle engine was hot. The driver then drove away.

Officers then received a call that the same car was in a driveway up the road and the driver was possibly passed out in the vehicle.

Police noted it was dark outside and the temperature was around 26 degrees.

When police arrived they found a tan Chevrolet Cavalier on the south side of the roadway east of the driveway. Officials also noted that the passenger side tires were off the roadway.

Police found the keys in the vehicle as well as an opened 24 pack of beer in the passenger floorboard. Miller Jr. was observed being passed out sitting in the driver’s seat of the vehicle. Officers then requested an ambulance to the scene.

The officer knocked on the window and woke Miller. He was asked to step out of the vehicle but the officer noticed he only had one leg so he was told to stay inside the vehicle.

Miller told the officer he was headed to see his niece and nephew. The officer informed him he was at what appeared to be abandoned property and that a gate was blocking access to the property and a chain with a lock was on the gate.

Police then learned the vehicle was not registered and didn’t have a current license plate.

Miller told police the vehicle belonged to his cousin’s ex-wife.

Police then learned Miller was a habitual traffic offender.

Miller was asked if he needed an ambulance and he said no.

Miller was arrested and was taken to IU Health Hospital for a blood-draw but he refused to do the test once at the hospital. Miller also refused to submit to a field sobriety test.

A search warrant was obtained for the blood draw.

Miller was transported to the Lawrence County Security Center and arrested on charges of being a habitual traffic violator and for operating a vehicle on a controlled substance.