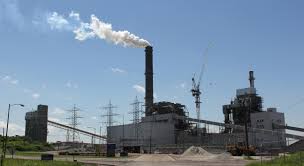 (NEWBURGH) — A worker has died from injuries he suffered in a fall at a Vectren power plant in southwestern Indiana, a company spokeswoman said.

The man suffered fatal injuries when he fell Monday afternoon at the F. B. Culley Generating Station near the Ohio River city of Newburgh, said Vectren spokeswoman Natalie Hedde.

An investigation is underway to determine what took place before the man’s fall at the plant, which is located about 10 miles (16 kilometers) east of Evansville, the Evansville Courier & Press reported.

“His family has been notified and contacted, and we of course want to send our deepest condolences and prayers to his family and friends and all of our employees that worked with him as well,” Hedde said in a statement.