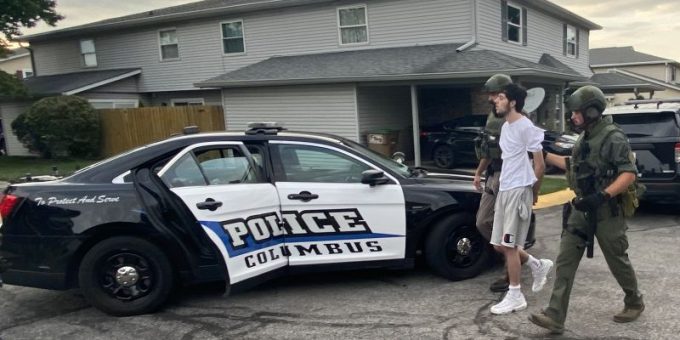 (COLUMBUS) – The Columbus Police Department SWAT team arrested a man Sunday evening after a report he strangled a woman and held a gun to her head.

Police arrested 24-year-old Parker R. Broady at his apartment in the 2700 block of Prosperity Drive just after 8 p.m. Officers had a warrant for his arrest.

Broady is facing charges of criminal confinement, intimidation, strangulation, pointing a firearm, domestic battery, and interference with the reporting of a crime.

Police also seized drugs in the apartment during the arrest.

Police then arrested 24-year-old Jalen R. Nichols, of Columbus, on charges of possessing a controlled substance and possession of drug paraphernalia.