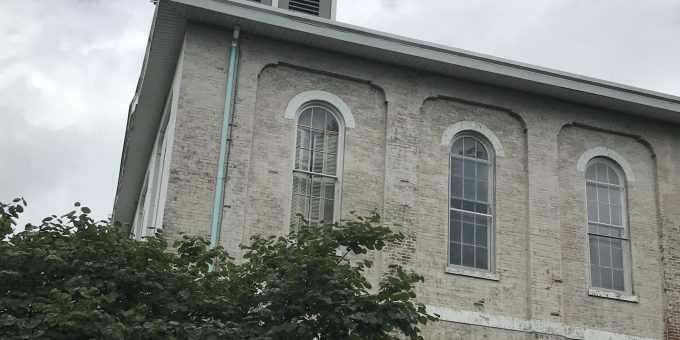 (MARTIN CO.) – Martin County was formed on January 17, 1820. The county was named for Major John T. Martin of Newport, Kentucky. This year the county is celebrating 200 years of history.

There was an inflow of settlers into the southwestern part of Indiana, and there was great difficulty in accessing the county seats of those two counties. Martin County was partitioned off from those two counties and authorized in January of 1820.

With more than 200 years of history behind this scenic county in Indiana, it is also very rich in history.

A third of Martin County belongs to Naval Support Activity Crane and another quarter to the Hoosier National Forest.

The county seat has changed a total of nine times. On July 4, 1871, the ninth county seat finally was opened for business in West Shoals.

The three towns that are most notable in Martin County are Crane, Loogootee and Shoals. These towns have weathered the test of time.

But, other smaller communities such as Trinity Springs, Indian Springs and Cale were also thriving communities at one time, with the railroad running through Indian Springs. There was a depot dropping passengers off at the hotels that once stood in these communities.

Trinity Springs originally was known as Harrisonville, and under the latter name platted in 1837. It is the site of three natural springs and was a popular tourist destination in the early 1900s.

At one point, there were a total of seven hotels operated in the community. The post office in Trinity Springs operated until 1943.

Burns City was taken over after the federal government constructed Crane in 1941 under the Bureau of Ordinance as Naval Ammunition Depot for the production, testing, and storage of ordnance under the Defense Appropriation Act.

The base was named after William M. Crane and is the third-largest Navy installation in the world by area and employs over 5,000 people.

The town of Crane sits on the northwest corner of the installation and still has a civil government in place. It served during the war effort as a place to house numerous military personnel. Today, its population is only around 179 people, a drop from a population of 339 in 1970.

The town is now home to WestGate which is just to the west, putting the city back on the map.

Loogootee has a population of around 2,700 people according to the 2010 census and literally is a crossroads of southern Indiana where it intersects with three U.S. highways, which include U.S. 50, U.S. 150 and U.S. 231.

There are some questions about how Loogootee got its name, however, the most likely way came from the forming of a compound word honoring Thomas Lowe, engineer of the first train through the town, and Thomas Nesbe Gootee, owner of the land where the town was built.

Loogootee was established in 1853 when a new railroad line would be extended to that point. The Loogootee Post Office has been in operation since 1857.

Shoals, located on Martin County’s east side, has a census population of around 756. Shoals is best known for the Jug Rock, the only free-standing table rock formation east of the Mississippi River.

Shoals was originally called Memphis, and under that name was platted in 1844.

Shoals is known for making mother of pearl buttons during the early 20th century. They were made out of mussels from the White River.

There are several places throughout Martin County that are of interest and scenic in nature. This includes Hindostan Falls, which was a stagecoach route between New Albany and Vincennes, and was one of the only roads in the State of Indiana. In 1820, this community was the largest community in what was then Daviess County and the most promising town on the White River. The area was named Hindostan by a soldier, Captain Caleb Fellows, an English immigrant who had served with the British East India Company in India before he came to the United States and invested in land along the raw Indiana frontier.

Hindostan’s location along the stagecoach route meant that it was constantly open to carriers of disease. With yellow fever and cholera breaking out, the diseases eventually destroyed the town. The site of the town eventually became farmland.

Motorcycle riders love riding up State Road 450 with several curves and hills for them to navigate with spectacular views in the fall.

Shoals has an overlook to view the White River and farmlands and the railroad that runs parallel to the river.

Many take U.S. 150 which runs past Singing Hill Holiness Camp which sits on top of a hill with several sharp turns as it goes south towards Orange County.

Other place of interest is West Boggs Lake, which is a recreation park operated by Daviess and Martin Counties that offer boating, fishing, camping and other events throughout the year.

During the Catfish Festival this year, held just last week, tours of the Martin County Museum allowed the public to tour and view several historical artifacts and obtain information about Martin County.