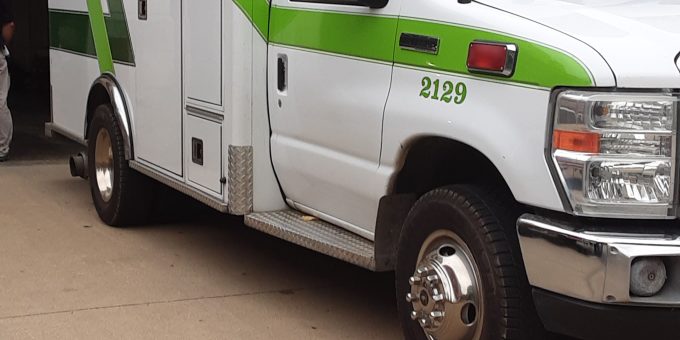 (LAWRENCE CO.) – During the 9-1-1 Board Meeting Thursday, board members were given updates on Lawrence County ambulance coverage.

With the Boogie taking place in Springville last month, IU Health Ambulance Service provided an extra ambulance for the week and Seals Ambulance brought in extra coverage from Washington County to cover calls in the Mitchell area.

Seals in the near future will have two new ambulances; one stationed in Mitchell and the other in Oolitic to provide coverage for Lawrence County. The two ambulances are waiting for certification from the Indiana Emergency Medical Commission.

Ambulance coverage has become a major concern over the last several months with response times of thirty or more minutes on several occasions in the City of Bedford and in the rural areas of Lawrence County.

“We have always had issues with having enough ambulances in the county. This situation is not new to our county and has increased with a large number of transfers out of our local hospitals,” said Shawswick Township Volunteer Fire Department Fire Chief Bobby Brown. “However, in the last several months its has got way out of control to which we are waiting on ambulances coming from other counties frequently.”

“The volunteer fire service provides emergency medical response as a community service; we do not get paid for EMS calls. The only thing the volunteer fire service gets paid for is fire protection,” stated Marion Township Volunteer Fire Department Fire Chief Paul Gillespie. “We are now waiting as much as 30-40 minutes for an ambulance from other counties to get to these calls now, which is not very good patient care.”

“To date, we have been able to operate the EMS services in Monroe or Lawrence without financial support. This is a result of our continually focusing on quality and effectiveness of operations,” said Kelly Mullis , IU Health South Region Director Emergency Services. “We currently have no plans to request support from Monroe or Lawrence Counties based on current volume of runs and providers in the community.”

Each county is required by law to provide 9-1-1 services. Some counties contract with hospitals and private services to ensure these legal obligations.

Monroe County does not provide any financial contributions for Emergency Medical coverage; however, they do purchase one ambulance for IU Health. The last ambulance was purchased last year and was the first ambulance purchased in over 12 years.

The Orange County contract was awarded after IU Health notified the county they would not provide a 9-1-1 ambulance service unless they were provided some form of reimbursement.

Lawrence, Monroe and Orange counties have been dealing with the lack of ambulance coverage and relying on other ambulance services to provide coverage at different times throughout the day.

“Each county has its own unique features and needs from a volume perspective as well as geographically. IU Health monitors volumes on a daily basis across the region and often times increases coverage,” said Mullis. “In Monroe County, IU Health routinely places additional ambulances in service for large gatherings that are known to increase volumes. In Lawrence County IU Health recently placed an extra ambulance in service during the annual Boogie to respond to extra volumes.”

The 9-1-1 Board will continue to monitor the situation throughout the rest of the year, but there are no plans on the county level to bid out a ambulance contract.

Josh Davis resigned from AMR Ambulance Service and the Lawrence County 9-1-1 board, which left a vacancy on the board. On Thursday, Tony Anteau, Vice President Seals Ambulance Service, was voted in as his replacement.