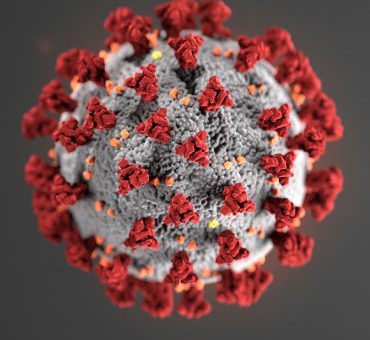 Test positivity rates there have been rising, Fauci said. Tennessee on Monday saw its highest seven-day average of new daily cases, at well over 2,000. Tennessee’s average was around 750 per day a month ago, according to data from Johns Hopkins University.

“We just can’t afford, yet again, another surge” like that seen in recent weeks in Florida, Texas, Arizona and California, Fauci told ABC.

Wearing masks, social distancing, closing bars where virus spread is high, and washing hands can help turn the tide, he said. He also repeated what he’d recommended in April: Reopen economies in phases, crossing each phase only after seeing cases decrease over 14 days. States largely ignored that advice.

“We would hope that (states) all now rethink at what happens when you don’t adhere to that,” Fauci told “Good Morning America.”

Health officials are urging states to implement stricter measures after weeks of surges in new cases following reopenings that mostly began in May.

Across the US, at least 27 states have paused or rolled back their reopening plans and imposed new restrictions. More than 40 states have some kind of mask requirement.

However, deaths and hospitalizations from coronavirus are creeping higher. The seven-day average for daily deaths Monday was 998, the highest since June 2. And the number of daily hospitalizations has been over 57,000 for nearly two weeks, hovering close to the April peak of 59,940.

Though health officials are urging precautions like face masks and social distancing to curb the spread of the virus, the country may soon have even more help.

Vaccine maker Moderna started its final stage of a coronavirus vaccine trial in the US Monday, and volunteers from dozens of sites across the country will participate in the study, Fauci said.

About 30,000 adult volunteers are expected to take part in the Phase 3 trial. The first patient was dosed at a site in Savannah, Georgia, on Monday.

Fauci has said that a vaccine likely won’t be widely available to people in the US until “several months” into 2021.

But he told ABC on Tuesday that he hopes that there will be an answer, in the late fall or early winter, about whether the vaccine candidate will work.

“I am cautiously optimistic that as we get into the late fall or early winter, we will have an answer — and I believe it will be positive,” Fauci said Tuesday on “Good Morning America.”

Tal Zaks, Moderna’s chief medical officer, said Tuesday he expects the company’s vaccine candidate to be effective in those at risk of becoming seriously ill or dying from the virus.

“We have an expectation that elderly people and people with comorbidities, that their immune system is still going to respond to the vaccination,” Zaks said during the Disease Control and Prevention Summit.