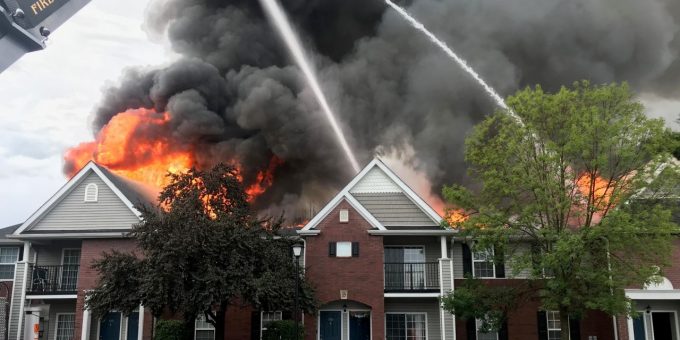 (COLUMBUS) — According to Columbus Fire Department Capt. Mike Wilson, a lightning strike was to blame for a large apartment fire in Columbus on Sunday evening.

Firefighters were called to the blaze in the 300 block of Wint Lane at Stonegate Apartments around 5:45 p.m. When firefighters arrived they found heavy smoke coming from the roof of a two-story apartment building.

Investigators found that the fire originated in the attic space above the second story living space, causing heavy fire damage to the roof and attic.

The Red Cross and Salvation Army are working to help the families who lost their homes.