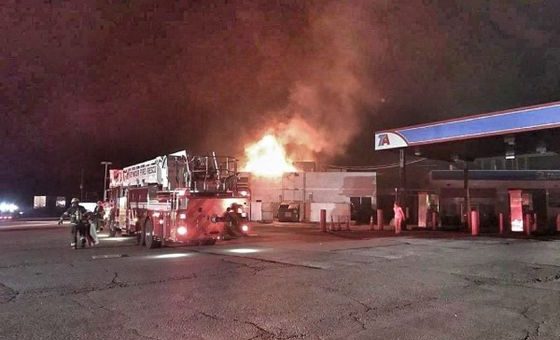 (SEYMOUR) – An early morning fire on Monday caused an estimated $2 million in damages at the TravelCenters of America on East Tipton Street in Seymour.

The fire was reported just after 2 a.m.

It took Seymour Fire Department firefighters about 30 mintues to extinguish the blaze.

Fire Chief Brad Lucas said the fire was contained to the west side of the building. There was heavy smoke damage throughout the building.

The fire started in the TravelCenters of America’s kitchen area, in a nearby utility room. Chief Lucas says the exact cause could not be determined due to the extensive damage, but investigators believe it could have been caused by an electrical issue.

An investigator with the Indiana Fire Marshal’s Office was called in to assist with the investigation.