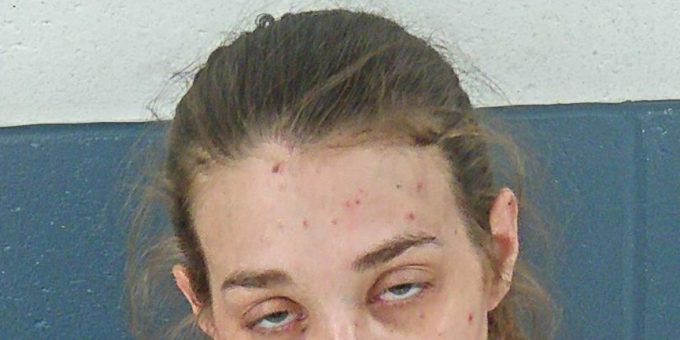 (BEDFORD) – Three people were arrested Sunday afternoon after a Bedford Police officer stopped their vehicle in the area of 16th Street and James Avenue.

The vehicle was stopped after police received a report that the driver was operating the vehicle in a dangerous manner.

Three people were inside the vehicle. They were identified as 28-year-old Kristina Hernandez, 32-year-old Kyle Duncan, and 28-year-old Samantha Tipton.

“Tipton was driving, Duncan was in the front passenger seat and Hernandez was in the back seat,” said Assitant Chief DeWees. “Tipton and Hernandez identified themselves. Duncan initially refused. Once he did provide identification it was discovered that there was an arrest warrant for him.”

A Lawrence County K-9 was requested to the scene and alerted officers to possible drugs in the vehicle.

“A search was conducted,” Assistant Chief DeWees added. “A large amount of meth was located as well as a syringe and drug paraphernalia.”