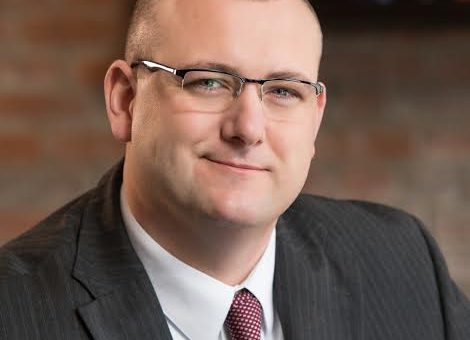 (BEDFORD) – This week is set aside to recognize that some of our most important citizens are vulnerable to abuse, neglect, and exploitation.

“While we should always look after our vulnerable populations, we take time each year to draw attention to this all too prevalent type of abuse,” said Lawrence County Prosecutor Sam Arp. “Elder abuse impacts not just seniors, but anyone over the age of eighteen categorized as an endangered adult.”

An endangered adult is a person incapable by reason of mental illness, intellectual disability, dementia, habitual drunkenness, excessive drug use, or other physical or mental incapacities of managing or directing the management of the individual’s property or providing self-care. The definition also includes a person harmed or threatened with harm due to neglect, battery, or exploitation of the individual’s personal services or property.

There are multiple crimes that are committed against endangered adults in our state. One such crime is battery. A battery occurs whenever a person knowingly or intentionally touches an endangered adult in a rude, insolent, or angry manner. The crime increases in severity depending on the injury caused if any.

Another crime often committed against endangered adults is neglect. Neglect occurs when a caregiver for an endangered adult places the cared-for adult in a situation that threatens the adult’s life or health by failing to provide adequate food, clothing, shelter, or medical care.

There are several well-recognized risk factors for elder abuse by caregivers. The risk factors include: a current diagnosis of a mental health disorder; current abuse of alcohol; high levels of hostility; poor or inadequate preparations or training for caregiving responsibilities; assumption
of caregiving responsibility at an early age; inadequate coping skills; exposure to abuse as a child; high financial and emotional dependence upon a vulnerable elder; lack of social support; or lack of formal services such as respite care.

“Elder abuse is most often perpetrated by the victim’s own family members. Roughly 90% of abusers are family members, most often adult children or spouses,” added Arp. “A 2010 study reported that approximately 11% of the elderly population in the United States had experienced abuse or neglect in the year prior. Despite this high percentage, we know that elder abuse is largely unreported.”

The National Center on Elder Abuse suggests that only 1 in 14 cases of abuse is actually reported to authorities. All of this is made more important because elders who experience abuse, neglect, or self-neglect face considerably higher risk of premature death than elders who have not been mistreated.

“As your prosecutor, I am working hard every day to protect these vulnerable members of our community,” Arp added. “One resource we have in this effort is our Adult Protective Services Unit.”

“My office is engaged daily in the investigation of elder abuse, and in efforts to protect endangered adults through law enforcement actions, court orders, and placement of endangered adults into safe care, ‘ Arp added. “We will continue these robust efforts. As a community, I hope we will take the opportunity provided by this awareness day to be vigilant regarding the safety and well-being of elders and the endangered adults among us. If you suspect abuse, neglect or exploitation of an endangered adult, please report it to authorities. You may contact my office, or you can call the Indiana APS Hotline at 800- 992-6978.”

For more information about Elder Abuse, risk factors, and how to file a report, visit https://www.in.gov/fssa/da/3479.htm.