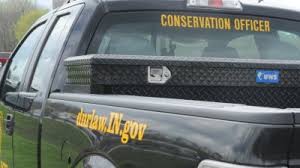 (SPENCER) — A 23-year-old Indianapolis man died Saturday after being pulled from Mill Creek at the Cataract Falls State Recreation Area.

Vicente Ramos Valencia was wading into deep water in Mill Creek at the recreation area when he began struggling before disappearing under the water, Indiana Department of Natural Resources said.

Within minutes, Valencia was recovered from 7 feet of water by one of the witnesses who brought him to shore and started CPR until first responders arrived.

Despite all efforts, Valencia did not survive and was pronounced dead at the scene.