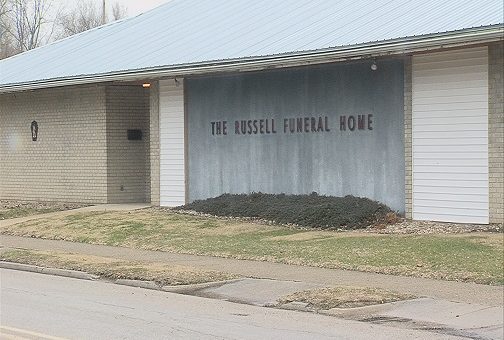 (TERRE HAUTE) – The State of Indiana has suspended a funeral home, its director, and its owner’s license for 90 days, according to the state’s professional licensing database.

The state filed a petition for suspension at the end of January.

Officials inspected the funeral home in 2008. At that time, the inspection found Russell Funeral home was offering services with an expired license. That inspection also found the facility’s prep room was not compliant with regulations.

In July of 2009, the state filed a civil complaint against Majors alleging a violation of the Deceptive Consumer Sales Act by engaging in the practice of funeral services without a permit of license required by law. A judge ruled in favor of the state in June of 2010. The judgment against Majors included an amount of $15,525.

The Indiana Professional Licensing Agency suspended Funeral Director Mark Ferree. The investigation started when the Funeral Directors Association asked about a body disappearing after Ferree picked it up.

At that time, the state funeral board requested Russell Funeral Home be inspected.

In the suspension petition, the state says “…it appears that Respondent Majors is again practicing as a funeral practitioner without an active license.”

The inspection also found several issues at Russell Funeral Home – “the facility was in an overall state of disrepair.” Those issues included water damage, ceiling tiles that were falling in, and inadequate ventilation.

Inspectors said the rooms for funeral arrangements and prep were non-operational. Inspectors were told in lieu of body preparations on-site, Director Shake took bodies to another facility he was associated in another county.

The petition says at the time of the inspection, Majors said he would have to use tools to gain access to other areas of the building and that other areas were closed off for safety.