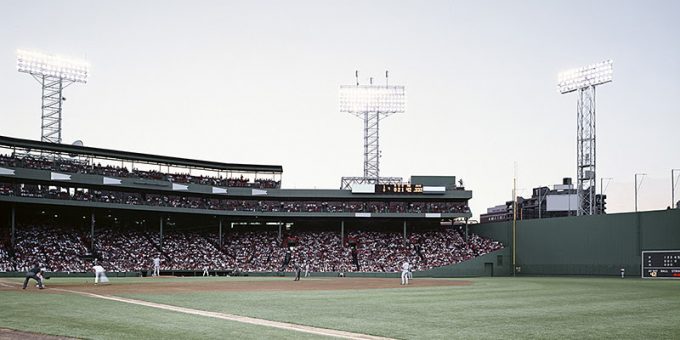 (WEST LAFAYETTE) – Science and technology have manifested in a variety of ways in Major League Baseball, from intricate sign-stealing systems to the idea of using automated umpiring and the complex design of allegedly “juiced” baseballs.

Rayvon Fouché, a professor of American studies in Purdue University’s College of Liberal Arts, focuses on the intersection of sports, science, and technology. He is author of the book, “Game Changer: The Technoscientific Revolution in Sports,” and can discuss how cutting-edge systems and designs are changing America’s pastime.

Is cheating part of the game? In his book, Fouché examines how science and technology in sports, such as innovative equipment and performance-enhancing drugs, have been used throughout history to bend the rules and give professional athletes an edge. Much like the case of the Houston Astros’ sign-stealing scandal, he said, athletes and sports clubs sometimes cross this ever-moving line, causing observers to accuse them of gaining an unfair advantage.

“Stealing signs has been a part of the general nature of professional baseball from the beginning,” he said. “But in the case of the Houston Astros, it became a problem the moment people started implementing tools and devices that helped them better steal signs.”

Can a computer call balls and strikes? This season, some minor leagues will experiment with an automated system that calls balls and strikes, with the possibility of it being used in MLB within the next five seasons, according to the Associated Press. Fouché argues that instant replay technology has been hailed as leveling the playing field but is assumed to be perfect compared to human officials. Questions remain, for example, about defining the strike zone and the point – possibly down to decimeters or less – in which a ball is in or out, he said.

“We’re comfortable enough with humans that there’s a degree of flexibility, and we understand umpires get it right most of the time, but they’ll miss a few,” he said. “The problem is that we want perfection from computing systems, but at the end of the day, it’s a human being that’s deciding the parameters in which this system has to work.”

Are baseballs “juiced”? Fouché has studied the ball design and construction of other equipment for many sports, including baseball, basketball, soccer, and golf. He found that iterative changes to the design of balls and other equipment, such as the NCAA’s switch from wooden to aluminum bats, often result in improved offensive statistics. Similarly, MLB’s recent streak of record-breaking homerun seasons is likely due, in part, to a change in the design of the baseball, he said.

“Those little increments can make a big difference. For example, when the National Basketball Association moved to a synthetic ball, shooting percentages in the league went up, he said. “On the flipside, training has gotten better. The quality of analysis available to batters, such as high-speed camera analysis, has gotten obsessively high. I would argue the ball is different, but I think the batter also is different.”