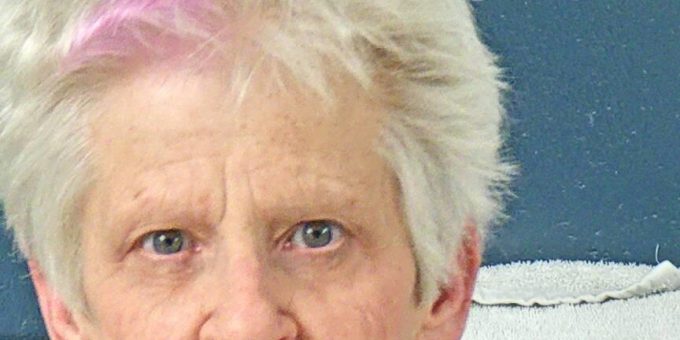 (BEDFORD) – A 60-year-old Bedford woman was arrested on charges of strangulation, domestic battery, disorderly conduct, and possession of meth on Friday afternoon.

“Once on the scene they spoke with the victim that had visible injuries to his neck and throat as well as abrasion on his left arm,” says Chief Terry Moore.

“The victim said during an argument Phyllis caused the injuries by scratching and choking him, and he wanted to file charges,” says Chief Moore. “After taking Phyllis into custody officers located methamphetamine in her pocket.”