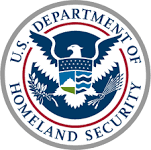 (UNDATED) – The Department of Homeland Security sent out an urgent alert for Mozilla Firefox browser users.

A major vulnerability was found in Firefox that can allow an attacker to completely take over a user’s computer system, according to Homeland Security’s National Cyber Awareness System.

The alert from DHS encourages Firefox users to update their browsers immediately. Officials said you should be running Firefox version 72,0,1 or Firefox version ESR 68.4.1 or higher.