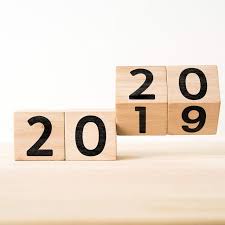 Ira Rheingold, executive director for the National Association of Consumer Advocates says when you write a date on a document, don’t shorthand the year 2020 to just “20.” Write out the whole thing – it’s only two more numbers, after all.

When the year 2020 is abbreviated on official forms and documents, those looking to exploit unsuspecting people can easily manipulate those numbers and leave people potentially vulnerable to fraud.

There are several ways that could pose a problem. Rheingold cited the example of a stale check or one that was written more than six months or so ago. If you have an old check lying around that’s dated 1/4/20 and someone finds it, they could add “21” to the end of that date, and voila, the check is no longer stale.

Or, let’s say you sign a credit contract — an agreement between a borrower and a lender — and date it 1/4/20. Say you then miss a month or two of payments, and the lender goes to collect the debt that’s owed. Theoretically, they could add “19” to the end of that date and argue that you owe more than a year’s worth of payments, Rheingold said.