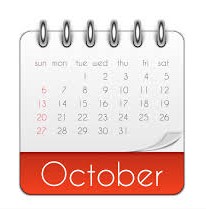 (UNDATED) – In October 2019, a French Lick man was charged with murder, a Seymour man was sentenced to 14 years in prison for beating to death his fiancée, Canada-based Polycor Inc. acquired Elliott Stone Co. Inc. and Gracyn Alvey was named the 2020 Lawrence County Distinguished Young Woman.

French Lick Man Arrested for the Murder of James Bryson

On December 27, 2016, French Lick Police officers found 66-year-old James Bryson dead inside his sister’s home at 11387 West County Road 50 South in French Lick after a request for a welfare check.

Bryson was staying with his sister who was out of town visiting family for the Christmas holiday.

Police found all the doors and windows locked and no signs of forced entry. After numerous attempts to make contact with anyone inside located, officers forced their way inside and found Bryson’s body.

Cogdill agreed to plead guilty to voluntary manslaughter in a negotiated plea deal. Judge Heimann accepted the plea deal and sentenced Cogdill to serve 14 years in prison, with ten years suspended and five years on probation. The agreement also requires Cogdill to register as a violent offender. He also waives his right to appeal the sentence.

During the hearing, Cogdill said he killed Jamison in the sudden heat of anger. He apologized to Jamison’s family for her death.

Jamison was incapacitated by a severe laceration to her head, a broken jaw and bruising all over her body, according to court documents. Forensic pathologist Thomas Sozio described her injuries as brutal.

Police officers responded the evening of Sept. 6 to the home Cogdill and Jamison shared in the 6500 block of North County Road 760 East, south of the Indiana American Water Company. Cogdill told an officer that Jamison had overdosed.

He then changed his story, telling police that Jamison left their house for hours following an argument and returned home injured. He claimed someone selling her drugs had hurt her.

Gracyn is the daughter of Curt and Melissa Alvey. She plans to earn a degree in elementary education at either Indiana University or the University of Southern Indiana.

She will receive a $2,000 scholarship. Alvey also won category awards for fitness and creativity, which will total $400.

Distinguished Young Women of Lawrence County is part of a national scholarship program that promotes and rewards scholarship, leadership, and talent in young women. It is a unique program that offers Life Skills training to prepare young women for the world after high school.

Gracyn will now advance to the state level in Kokomo, at Havens Auditorium/IUK Campus on Feb. 13 – 15, 2020 where they give away more than $27,500 in cash tuition scholarships. If she wins there she will move on to the National Finals which is held in Mobile, Alabama.