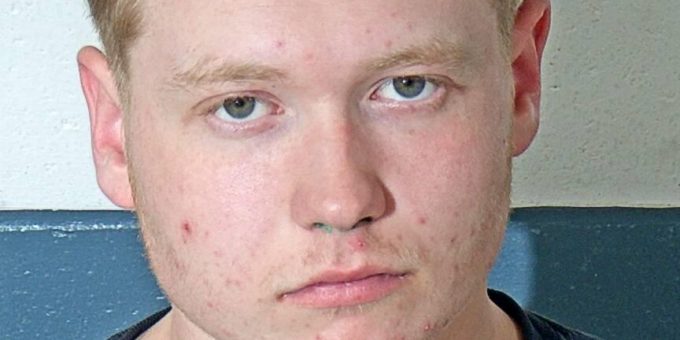 (BEDFORD) – A Mitchell man was arrested early Monday morning after Bedford Police were requested to do a welfare check on a male possibly sleeping or passed out in a vehicle at Revere’s Food & Fuel.

Officers arrived at 12:42 a.m. and found 20-year-old Mason Turpin in the driver’s seat with the vehicle running. He appeared to be passed out.

“After several unsuccessful attempts to wake Turpin, officers opened the vehicle door and finally woke him,” said Chief Terry Moore. “While speaking with Turpin he showed signs of intoxication and seemed confused. Officers could smell the odor of burnt marijuana. While searching the vehicle they located 10 grams of marijuana hidden in the dash.”

Police also found several pills later identified as a Schedule IV controlled substance. Turpin told officers he did not have a prescription for the medication.

Turpin was arrested on charges of public intoxication by drugs, and possession of a controlled substance.