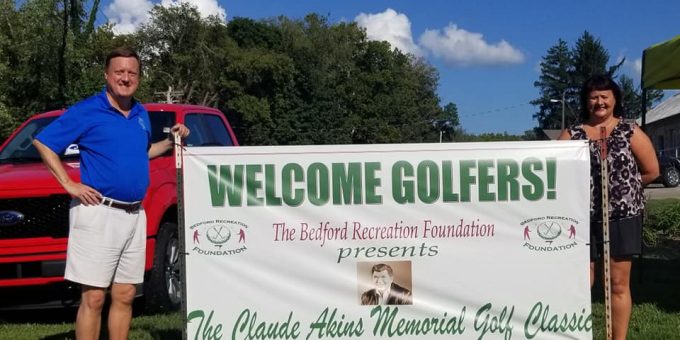 (BEDFORD) – The Bedford Parks & Recreation had a very successful year in 2019.

Officials were busy maintaining city parks, the Otis Golf Course, and conducting softball programs. They also conducted several events throughout the year that were all very well attended.

“We are up 5% in range activity,” according to Grater.

The Golf Pro Shop was remodeled and received new furniture.

“This year we added a new water fountain with a water bottle fill-up station, a new trophy case as well as new furniture. It has given a more modern appearance while retaining the beauty of the stonemason foundation,” Grater stated.

And the tournament schedule for 2020 will feature all of the events from 2018.

“We want to thank Bedford Federal for the donation of many lights for the trees this year. And a huge thank you goes to Julie Hewetson and Kent Gouty for donating a large amount of new Christmas decorations for the Santa House event,” Dorsett added.

The parks department wanted to thank Santa and Mrs. Claus and the elves who volunteered their time.

More than 300 Letters from Santa were sent from the North Pole to children throughout Bedford. Steve Warren from Bedford Ford sponsored the program.

Santa Paws was held at the Wilson Park Shelter House with 66 individuals bringing their dogs to get photos taken with Santa. Proceeds from the event went to the White River Humane Society.

The parks department maintenance crew spent a great part of this month preparing the Santa House event. However, according to Parks Director Barry Jeskewich, they are preparing the Garden Hoop for Winter Planting at the Garden Park.

A new building will be constructed at Otis Park and some trees were downed for safety reasons at Otis and Wilson Park.