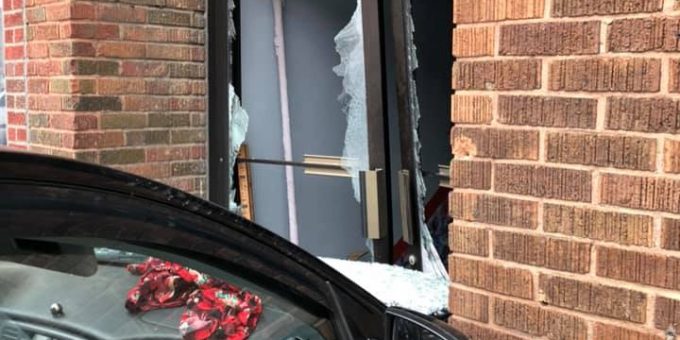 Lexis told police she simply turned the key on with the vehicle jumped forward.

The car hopped the curb and crashed into the double-glass doors of Crane’s Leather Shop. The doors lead to the upper level of the leather shop.

The car stopped after being lodged into the opening of the doors.

Lexis was not injured in the incident.

In order to reduce damage to the building, a Stone City wrecker was called to pull the car out and back onto J Street. The car was released back to Savannah Potter, who was able to drive the vehicle from the scene.