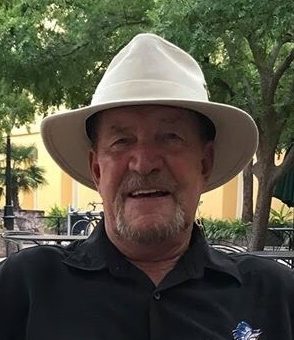 Born May 7, 1946, in Carroll, Iowa, he was the son of Hans and Agnes (Lund) Madsen. He married Sheila Byrne on June 7, 1969, and she survives. He had worked as a Scheduling Manager for General Motors. He was a veteran
of the U.S. Navy serving as a radio operator stationed in London, England.

Survivors include his wife, Sheila, of Heltonville; a son, Eric Madsen and wife, Belinda, of Indianapolis; a daughter, Stephanie Gerber and husband, Brad, of Helotes, TX; two grandchildren, Gabby and Ben Gerber.

He was preceded in death by his parents, a daughter, Jennifer Madsen; two
sisters, Maryann Twist and husband, Bill, Delores Eifler and a brother, Ray Madsen.

James’ wishes were to be cremated. A celebration of life will take place at 7 p.m. on Friday, December 20th in the Elmwood Chapel of the Day & Carter Mortuary. Visitation will be from 4 p.m. until the hour of service on Friday.

In lieu of flowers, memorial contributions may be made to Heaven Nevaeh Healing Center or I.U. Hospice House.