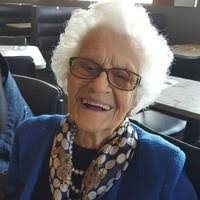 (CROWN POINT) — An Indiana woman recently honored for voting in elections since 1936 has died.

Mucci told the (Northwest Indiana) Times in March that her parents weren’t allowed to vote in Italy. So the Crown Point resident considered it a privilege to cast a ballot whenever possible. Her streak lasted 83 years.

“If you don’t take advantage of it, then you’re not a good citizen,” Mucci said.

She died last week on Thanksgiving, according to her obituary. A funeral Mass was held Tuesday.

Mucci was honored by the Crown Point City Council in 2018 and by the Lake County Board of Elections in March.

The county praised her “indomitable spirit in the singular exercise of the right to vote for the candidate of her choice.”

Mucci said she never expected anything.

“What I did, I did because I love this country. I want everyone to be fair and get along together,” she said.