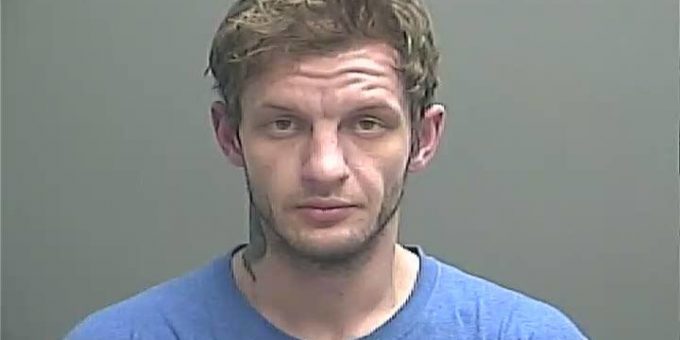 (KNOX CO.) – Saturday at approximately 4:35 p.m., Vincennes Police officers attempted to stop a stolen 1995 GMC Sonoma pickup truck at the Red Roof Inn, but the driver refused to stop and continued north on Old Bruceville Road at a high rate of speed.

The driver then lost control at a curve just prior to Thompson Road and drove off the roadway into a wet field. The driver continued to elude officers by driving in reverse until the vehicle became stuck approximately 600 feet off the roadway.

The driver exited the vehicle and fled on foot to the north. Officers continued to chase the driver on foot for approximately a quarter-mile before he surrendered without further incident.

The driver was identified as 27-year-old John H. Koonce, of Bridgeport, IL. Koonce was arrested on charges of theft, two counts of resisting law enforcement in a vehicle and on foot, reckless driving, and aggressive driving and transported to the Knox County Jail.