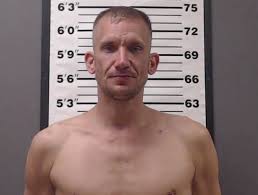 (MADISON) – A Madison man has been sentenced to 38 years for stabbing 23-year-old Johnathan Bell at the Victoria Inn in Madison.

In May, police went to the Inn and found Bell lying in a hallway with stab wounds to his stomach.

Newcome had fled the scene.

Bell was taken to the hospital, had surgery and survived his injuries.

Officers found and arrested Newcome, who admitted to attacking Bell.