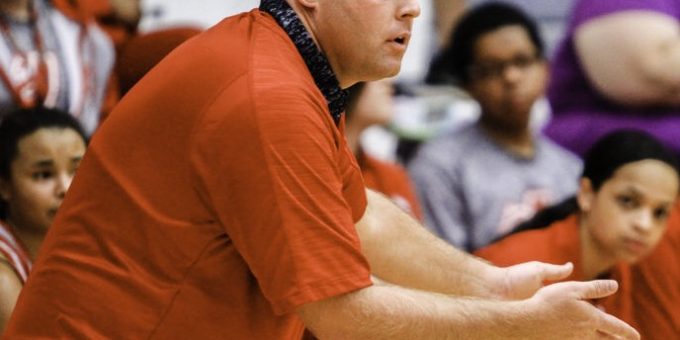 BEDFORD – The best rivalries in sports are fueled by passion, sparked by competitive fire in the quest for a common prize, flaming into the ultimate pleasure of victory at the suffering expense of the competitor.

Over the past decade, the Bedford North Lawrence-Jeffersonville battles have evolved into the best fire-and-brimstone collisions in the state. The proud programs, both with state championships in the past, have shared the last two Hoosier Hills Conference titles.

The last 10 meetings have been sheer slugfests: three one-possession finishes, three with the winner scoring fewer than 40 points, and a double-overtime epic. Why expect anything different this time?

If there’s a variation for the renewal on Saturday night, Jeffersonville is cast as the slight favorite. The Red Devils (5-0 heading into a Friday night clash with Silver Creek) are ranked No.8, feature the best player in Southern Indiana, and have revenge as the piston in the engine.

The Stars (3-1 prior to Friday’s road trip to No.10 North Central) have what burns the Devils the most – eight consecutive sectional championships, most at Jeffersonville’s expense. BNL won three meetings last season, including a 38-37 regular-season thriller at Johnson Arena and a 54-39 victory in the consolation game of the Hall of Fame tournament.

“It’s always a big game,” BNL coach Jeff Allen said. “It’s a rivalry and it will be a challenge.”

Jeffersonville’s advantage now is senior star Nan Garcia, a Junior All-Star, an Indiana All-Star candidate and Penn State signee. She’s averaging 22.2 points and 8.6 rebounds. She has range (already 12 3-pointers), she has post power, and she will no longer have a Miss Basketball shadowing her on the opposite side.

“Nan has done a great job of living up to expectations,” Jeffersonville coach Mike Warren said. “She’s been locked in. Her numbers are off the charts, and she competes each and every night.”

Jeffersonville has other weapons, of course. Senior wing Kiersten Poor contributes 9.4 points, and freshman Cadence Singleton is totaling 6.4 points and 6.6 rebounds. But the focus will be Garcia.

“Nan is one of the best in the state,” Allen said. “I’ve really been impressed with her. In the past we’ve had a Division I athlete (Jorie Allen, of course) to go against her, but now it’ll have to be by committee, and that will be a tall task.

“They’re really talented. We look forward to that battle every year. It’s going to be the team that makes just a few extra plays.”

The last 10 games have been decided by an average outcome of 7.4 points, although that doesn’t speak to the intensity and the true closeness of the encounters. They’ve been tough, defense-dominated wars. The Devils are averaging 61 points per game now, but don’t expect baskets to come easily.

“We hope to go against every one of those numbers,” Warren said, jokingly predicting an 80-78 shootout. In reality, that would only happen if they play twice. “We’ve played well to start, to be 5-0 now we’ve done a good job.”

While this is the HHC opener for both, the winner will be in the driver’s seat for that coveted crown. Jeffersonville has won 16 league titles, including the last three, while BNL has won it 20 times.

Last meeting: BNL swept the season series last year, winning 38-37 in the regular season clash at Jeffersonville, 54-39 in the Hall of Fame consolation game, and 44-34 in the sectional battle at New Albany.

Game notes: BNL has won 6 straight in the series. Mike Warren is 102-50 in his seventh season with the Red Devils. BNL and and Jeffersonville have shared the last two HHC titles.