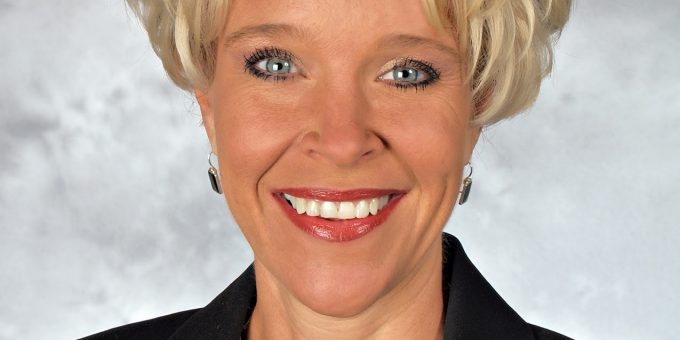 (INDIANAPOLIS) – Kathy A. Schoettlin, EVP, chief culture and social responsibility officer of Old National Bank, Evansville, has been honored with the Woman of the Year award, sponsored by Krieg DeVault LLP, Indianapolis. She was presented with the inaugural award on Nov. 21 in Indianapolis at the Banking on Women Conference of the Indiana Bankers Association.

This annual award recognizes a woman in emerging bank leadership who is community-active, achievement-oriented, and who contributes to team success.

Schoettlin joined Old National Bank in 2005 and served as executive vice president, chief marketing and communications officer for Old National Bancorp before being named to her current position in 2015. Within Old National, she has been active with the creation of Bank On Evansville, the Healthy Communities Partnership, and the bank’s financial education program for incarcerated women, which earned national recognition from the American Bankers Association. Prior to joining Old National, Schoettlin served for 15 years as public relations director of the Southwestern Indiana Chapter of the American Red Cross.

Amber Van Til, president and CEO of the Indiana Bankers Association, said: “Kathy Schoettlin clearly exceeds the criteria of the IBA Woman of the Year award through her professional excellence, devotion to community and tireless work in helping to lift others to fulfill their potential.”