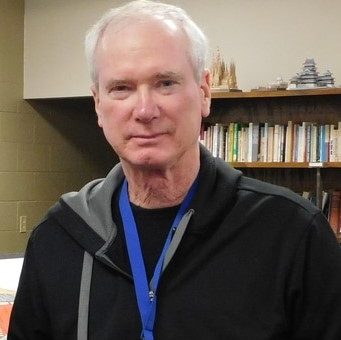 Mark’s nomination was considered by the Indiana Criminal Justice Association (ICJA) along with other nominees.

WVCF is proud to announce that of those nominated Taylor was given the award.

According to officials, having Taylor on Team Wabash is an honor.  His dedication to the facility has proven to be a huge asset.  Since he first volunteered with the Kairos team in 2013 he has worked tirelessly to help rehabilitate those incarcerated inside the walls of WVCF.  His passion has led him to be a mentor, as well as a teacher.

In 2016 Taylor took on a facilitator’s role with The Urban Ministry Institute (TUMI).  He did so because WVCF had lost their original facilitator leaving the TUMI program without the leadership it needed to be successful.  Mark guided the participants through the 4-year program, spending countless hours at home preparing for the classes.  Taylor’s dedication proved evident when 16 offenders successfully graduated from the program.

Taylor has since committed to another TUMI class.  In addition, he has worked to secure funding and find additional facilitators to make the program even more successful.  He has also implemented a curriculum that those wishing to participate in the TUMI program must complete prior to being allowed to enter the program.  The curriculum is designed to prepare the participants for what they will be expected to do in the 4-year program.

Taylor’s diligence has allowed him to overcome obstacles along the way that others might not have been able to.  His devotion to those incarcerated at WVCF is something that words cannot express.

Community Service Director Jackie Storm stated the following, “I would like to say that I have never met a more dedicated individual who has helped an organization and group so unselfishly.”