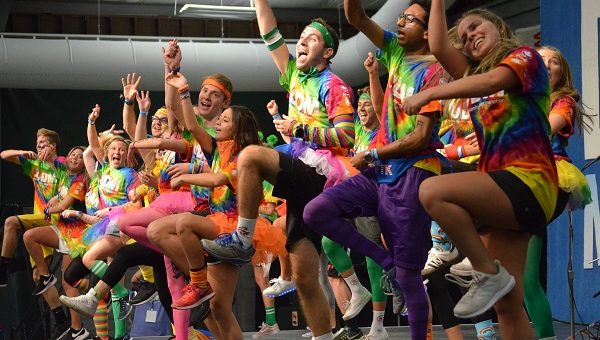 The marathon began at 8 p.m. Friday night and concluded at 8 a.m. Sunday morning.

More than 4,000 IU students stayed awake and were on their feet for 36 hours as part of the marathon.

Since 1991, the IU University Dance Marathon, a student organization, focused on yearlong fundraising for Riley Hospital for Children in Indianapolis, has become the second-largest student-run philanthropy project in the world. The marathon has raised more than $40 million for Riley Kids.