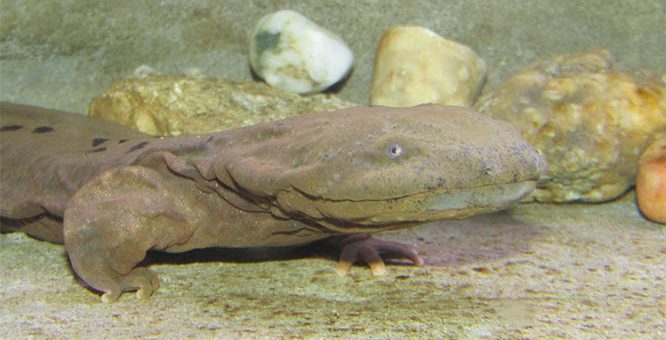 The exhibit is in the park’s Hickory Hollow Nature Center.

The hellbender is an endangered species that, in Indiana, lives in the wild only in the Blue River in Harrison County. The native hellbender population has greatly decreased in many parts of its range due to loss of habitat and poor water quality, however, a cooperative effort with Purdue University, DNR Fish & Wildlife, U.S. Fish and Wildlife Service, and several zoos located in Indiana and other Midwestern states are leading population restoration efforts of the species.

“The two hellbenders are doing great, eating well and are a little more active than anticipated,” said interpretive naturalist Jarrett Manek of the two giant salamanders residing in the nature center. “Mornings are the best. They seem to have adjusted just fine.”