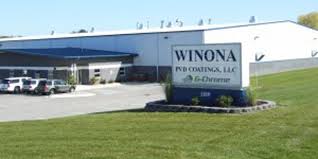 (WARSAW) — A manufacturer is shutting down its northern Indiana facilities, which will cost about 100 people their jobs.

Winona PVD Coatings has notified state officials is expected to permanently close both of its Warsaw sites at the end of December. The company applies coatings and chrome plating to automotive wheel rims.

Company officials haven’t explained the closure and the Warsaw mayor’s office says it was surprised by the decision.

The company announced plans in 2016 for a $10 million expansion to add a fourth production line and 50 jobs to the about 150-person workforce it had at the time.