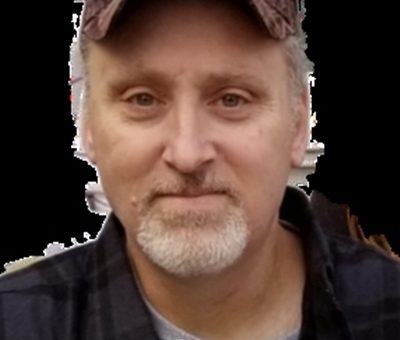 Born August 18, 1967, in Bedford, IN he was the son of Paul and Mary Spaulding) Reed. He married Yvonne Owings on May 22, 1992, and she survives. He had worked for NSWC Crane was a welder for J.F. Menzia. He loved spending time with his family, especially his children and grandchildren. His hobbies included drag racing, motocross racing and Dallas Cowboys football.

He was preceded in death by his father, a daughter, Diana Reed, and one brother Jason Reed, and a niece, Alora Reed.

Funeral services will be conducted at 10 a.m. on Thursday, October 31st in the Elmwood Chapel of the Day & Carter Mortuary with Father Rick Eldred officiating. Burial will follow in White River Baptist Cemetery. Visitation will be from 4 p.m. until 8 p.m. on Wednesday, October 30th at the Day & Carter Mortuary where a rosary service will be at 7:30 p.m.

The family asks that friends consider memorial contributions be made to St.
Jude Children’s Hospital.