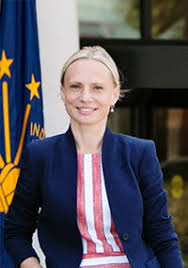 (INDIANAPOLIS) — Indiana residents soon could have a hotline for reporting improper or illegal spending and other suspected corruption by local government officials, if lawmakers approve a proposal being drafted by a legislative committee.

Sen. Victoria Spartz said Indiana taxpayers have no clear place to go if they suspect officials are being unethical, and a single, state-run hotline would ensure their concerns are investigated, The (Northwest Indiana) Times reported.

“We have so many things in the government and it’s hard for people to know where things are,” she said.

Spartz suggested the State Board of Accounts, which regularly audits the spending of all local governments, run the hotline in conjunction with the office of the Indiana Inspector General, which investigates corruption by state officials and workers.

State Auditor Paul Joyce, who heads the State Board of Accounts, said his office already fields reports from local government employees who allege violations of the law or the misuse of public resources. He said the public is also welcome to contact his office with similar claims.

But Joyce warned that creating a hotline likely would require doubling his current staff of 15 investigators and changing state laws to establish standards for what must be investigated and to protect the anonymity of whistleblowers.

Rep. Matt Lehman agreed that a hotline could lead to excessive false reports from people upset about decisions made by local officials.

“I have neighbors who don’t even know what branch of government I’m in, let alone whether the clerk-treasurer of the town is absconding with money,” Lehman said.

Citizens who are informed enough to be aware of illegal action by local leaders already understand to contact their county prosecutor, the State Board of Accounts or their state representative or senator to report issues, Lehman said.

Sen. Karen Tallian noted that Indiana already has several separate hotlines to report child abuse, elder abuse, Medicaid fraud, and other crimes. The Legislature should look at merging all the hotlines into a solo answering point that would refer citizen reports to the proper state agency, she said.

The committee wants the hotline proposal to be considered during the legislative session that begins in January.