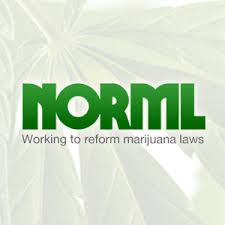 (INDIANAPOLIS) – The Board of Directors of the Indiana Chapter of the National Organization for the Reform of Marijuana Laws joined together for their annual meeting Oct. 19th and elected annual officers, which included two combat veterans to the lead roles.

The following Board of Directors were elected as officers for the 2019-2020 membership year:

William E. Henry has replaced Neal Smith as Indiana NORML chairman. Smith will remain on the board of directors.

Smith nominated Henry to succeed him in his position, he thanked the board, and was positive about the future. “I thank you all for the opportunity to help bring our people to a better, healthier state of living. My hope is that I have informed and educated enough Hoosiers to stand up and be counted on in the fight for freedom, said Smith. “Both Will and Jason will speak truth to power and guide this organization to victory.”

Henry is a four-year member of INORML and brings state-level organizational, communication, and administrative skills to his new position.

In recent past positions, Henry worked with the Indiana American Legion from 2014-2018, where he helped restructure the Department Headquarters’ communication program, and went on to advance and revitalize the administration further. Henry started as communications director and excelled to earn his position as the state organization’s lead administrator in just a few years.

Henry is a veteran of the U.S. Army and the Indiana Army National Guard from 2005-2015. He worked at the Indiana National Guard Joint Force Headquarters Public Affairs Office for a number of those years fulltime and served during two active duty deployments to Afghanistan 2009-2010 and Kuwait 2012-2013. Henry served in Indiana units within the 38th Infantry Division as a public affairs specialist – writer. He earned a Bronze Star Medal for his overall journalism and communications work in Afghanistan in 2010, and his military photos, writings and graphic design work can be seen in numerous global publications and materials.

Jason L. Straw has replaced Jack Cain as INORML vice chairman. Cain will remain on the board of directors. The position assists the chairman in administrative and organizational task oversight with membership, meetings, and board of director communications.

Straw is a three year member of INORML and brings medical and analytical skills to his position in the organization.

He has helped compile and examine complex data on the newest science emerging from cannabis studies. Straw enlisted in the U.S. Army 82nd Airborne Division as a combat medic in 1994. He later moved his service into the Indiana National Guard and rose to the rank of captain as a critical care trauma nurse in the U.S. Air Force.

Straw retired from the Air Force in 2014. He served in Afghanistan twice, and has helped save the lives of hundreds of military patients with severe combat injuries during his service. He is a combat veteran who has helped treat the most severe of our nation’s wounded warriors.

Straw recently ran for public office as sheriff candidate in 2018 in Hamilton County with a strong focus on cannabis reform. He garnered more than 35-percent of the overall votes in the county among three separate candidates.

For more information or to request questions or comments, please contact communications@inorml.org