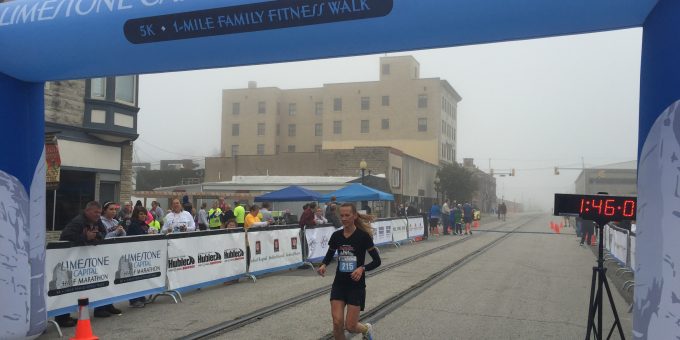 (BEDFORD) – Bedford Parks Director Barry Jeskewich stated that the Limestone Marathon was a huge success and wanted to thank Holly Davis and WBIW, Kelly Smith, Kinetic Timing and the Parks Department Staff and Board Members for their work.  Jeskewich says the city had a great turnout and support for this event.

In other news, the parks department removed some trees around Wilson Park that were considered a safety issue. Work at the John Lowry Pool is also being completed. A fresh coating of paint is being applied to the restroom facilities and other maintenance is being done.

The BNL Girls Golf Team for won their 7th consecutive Indiana High School Athletic Association sectional in a row. The event was held at Otis Park on September 21st. Officials would like to congratulate the team on their success.

They would also like to congratulate Ms. Addyson Bailey on her T47 at the state finals on October 4th and October 5th in which she shot a combined score of 172.