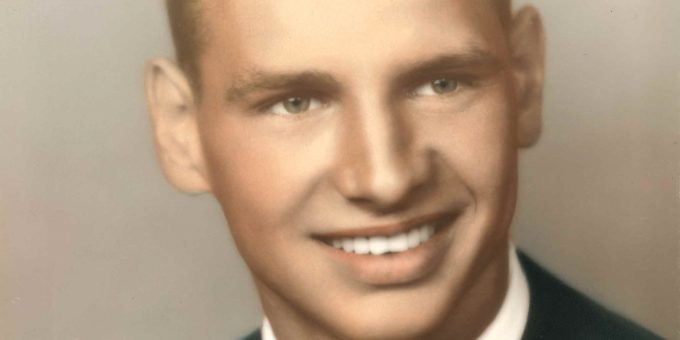 He was a 1955 graduate of Paoli High School and won his basketball sectional that year. He attended Purdue University. Jack was a real estate developer and general contractor at Kellams Enterprises, Inc., previously a member of Elks Club, Masonic Lodge, a member of the Naples Yacht Club & the Port Royal Club, Naples, Florida, I.U. Varsity Club and Hoosier Hundred, Association of General Contractors, an accomplished draftsman and was of the Christian faith. He was a loving husband, father, papaw, and mentor to many.

He was an avid sports fan, and especially loved NASCAR, I.U. and Purdue athletics. Jack was a brilliant businessman who was always up for a challenge.

Funeral services will be conducted at 11:00 am on Thursday, October 17th in the Elmwood Chapel of the Day & Carter Mortuary with Jeff Williams and Mike Williams officiating. Burial will follow in Green Hill Cemetery.

Visitation will be from 4:00 pm until 8:00 pm on Wednesday, October 16, 2019, at the Day & Carter Mortuary. The family asks that friends consider memorial contributions be made to the American Diabetes Association and the Kidney Foundation. Family and friends may express condolences at www.daycarter.com.