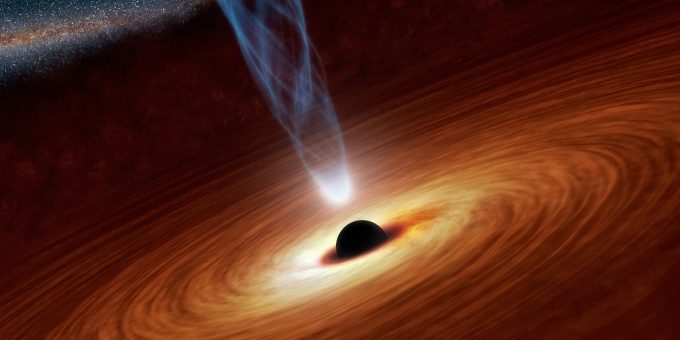 (BLOOMINGTON) — An astronomer renowned for her work on the black hole at the center of our galaxy will deliver a free public lecture at Indiana University.

Andrea Ghez will present the 2019 Edmondson Lecture, “The Monster at the Heart of Our Galaxy,” at 7:30 p.m. Oct. 16 in Rawles Hall, Room 100, on the IU Bloomington campus, followed by a reception.

Ghez is the Lauren Leichtman and Arthur Levine Chair of Astrophysics at UCLA.

The event is free and open to the public. No registration is required.

Ghez’s work uses the world’s most powerful telescopes and next-generation imaging technology to peer into the heart of the Milky Way. Her groundbreaking work has provided the best evidence to date for the existence of the supermassive black hole in the center of the galaxy. It also suggests that the center of most, if not all, other galaxies also harbor these massive objects in their core.

Earlier this year, Ghez’s research led to the observation that our galaxy’s central black hole — named Sagittarius A — has recently grown inexplicably “hungrier,” consuming unusually large amounts of gas, dust and other interstellar debris, and flaring so brightly that astronomers briefly mistook it for a star.

During her lecture at IU, Ghez will explore the bizarre environment that surrounds this supermassive object — which contains an estimated 4.3 million suns’ worth of mass — as well as discuss how her work tests Einstein’s theory of relativity.

Ghez is a member of the National Academy of Sciences and a recipient of both the 2008 John D. and Catherine T. MacArthur Foundation Fellowship, commonly known as the “genius grant,” and the 2012 Crafoord Prize from the Swedish Academy of Sciences. She holds a doctorate in astrophysics from the California Institute of Technology and a bachelor’s degree in physics from MIT.

About the Edmondson Lecture

The annual F.K. Edmondson Astronomy Public Lectures were established to honor the memory of professor Frank Kelly Edmondson, a faculty member of the IU Bloomington Department of Astronomy from 1937 until his retirement in 1983, and chair of the department from 1944 until 1978. Edmondson is remembered not only for his contributions to the study of asteroids through the Indiana Asteroid Program but also for his dedication and service to IU and to the astronomical community. The Edmondson Lectures are endowed in Edmondson’s honor by his family and friends.