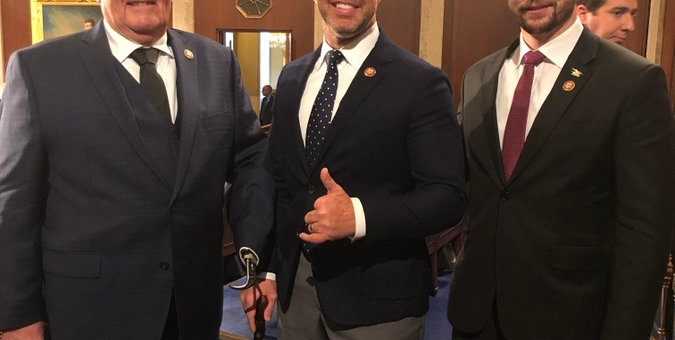 (INDIANAPOLIS) – Congressmen and combat veterans Dan Crenshaw (R-TX), Brian Mast (R-FL) and Jim Baird (R-IN) will be the special guests at the 2019 Team Holcomb Fall Dinner on Monday, October 14, 2019, at the JW Marriott in downtown Indianapolis.

Congressmen Crenshaw, Mast and Baird made national headlines earlier this year after a photo tweeted by Congressman Crenshaw with the caption “5 eyes. 5 arms. 4 legs. All American.” went viral, drawing attention to the three combat veterans and all veterans who have been wounded while in the line of duty.