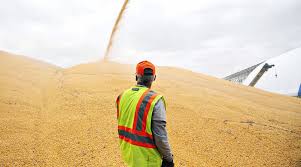 The agreement calls for the reduction or elimination of Japanese tariffs on U.S. farm exports, such as beef, pork and corn, and will provide America’s farmers enhanced market access in the nation’s third largest agricultural export market.

“Being in the room, watching this agreement come to fruition, was a tremendous honor,” Kettler said. “Japan is Indiana’s third largest export market and an important agricultural trading partner. I commend President Trump and Prime Minister Abe on reaching this deal, which levels the playing field and opens the door to a critical market for our farmers.”

Out of the $14.1 billion in U.S. food and agricultural products imported by Japan in 2018, $5.2 billion were already duty free. Under the new trade agreement, Japan will eliminate or cut tariffs on an additional $7.2 billion. Some of those commodities include beef, pork, wheat, cheese, corn and wine.

According to a fact sheet from the U.S. Trade Representative’s Office, once the agreement is fully implemented, over 90 percent of U.S. food and agricultural products imported into Japan will either be “duty free or receive preferential tariff access.”

“Japan is a deeply rooted trading partner and appreciated ally,” said Governor Eric Holcomb, who recently returned from two economic development trips to Asia. “Having spent some time there recently, I saw firsthand the importance of our two-way trade relationship, which will only grow stronger under this U.S.-Japan Trade Agreement.”

The trade deal, which has been widely celebrated by farm organizations, is the first phase of a more comprehensive agreement that will be negotiated with Japan, according to the Trump administration.

Kettler hopes that the success from the U.S.-Japan Trade Agreement will gain momentum and lead to other trade deals, particularly with Canada and Mexico, and China.

“We need more agreements like this coming out of Washington,” Kettler said. “Farmers have been in a holding pattern, facing uncertainty, for far too long. They need access to global markets, especially with our neighbors to the north and south. Every second we wait is an opportunity missed.”

Click here to read a news release from USDA, which includes key commodities and elements of the U.S.-Japan Trade Agreement.