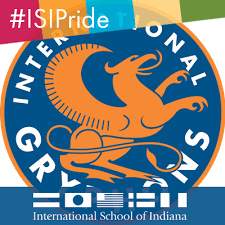 (INDIANAPOLIS) – The International School of Indiana (ISI) has publicly launched its ONE ISI capital campaign to create a unified campus after receiving a $1.5 million lead-gift from one of its current families.

Stanley and Allison Chen, whose eldest children, Lucy and Potter, are currently grade four and grade three students at ISI, pledged their generous donation to the capital campaign to bolster the school and Central Indiana communities.

“If you believe, like we do, that we really are competing in a global economy, then I can’t think of a better way to prepare our kids beyond giving them a holistic framework of thinking, a global perspective, and multi-lingual and multi-cultural fluency,” Stanley Chen said.

ISI is the only Indiana school offering all students access to certified full-continuum International Baccalaureate (IB) programming and language immersion classrooms in French, Spanish and Mandarin starting at age three and continuing through grade 12. Currently, the school operates on two separate campuses.

The ONE ISI campaign – with an initial fundraising goal of $6.5 million – will unify the school through the construction of a new school building for pre-elementary and elementary age students along N. Michigan Rd. where the school’s middle and high schools are currently located.

“This new school building, and more importantly a unified ISI campus, is the culmination of two-plus decades of work, and we are honored that the Chen family has chosen to invest in ISI not by making a single gift, but by committing to support our institution for the foreseeable future” said Elizabeth Head, the ISI Head of School. “Those in our school community understand that the Chen’s decision is simply an extension of their long-time commitment to ISI, and belief in our mission.”

“The language immersion program was a very important piece of our choosing International School of Indiana, but the community is what makes ISI unique,” Allison Chen said. “The teachers feel like family, our children’s classmates are like siblings, and that is something truly special.”

“You see the love and care and concern for the child in every decision and interaction of the ISI faculty and staff. And that is a really important point,” Stanley added. “We are making this investment not to build a building, but it has everything to do with building this community.”

The Chen family’s lead gift and the public launch of ONE ISIwere celebrated on Sept. 17 at an event in the Deer Zink Pavilion at Newfields.On stage at the event were ONE ISI campaign co-chairs Doug Brown and David Kosene, school founders and longtime supporters of the institution who the Chens have cited as important examples in their decision to invest with ISI.

Leading up to its public launch, the campaign held a 10-month silent phase, which was kick-started by another longtime ISI supporter, Sidney Taurel, Chairman Emeritus Eli Lilly and Company. Taurel gifted his Indianapolis residence to the school, continuing a legacy of generosity with ISI after serving as a school founder and leading the campaign to build the ISI high school that bears his name and that of his late wife, Kathryn. In all, more than two-dozen donors participated in the ONE ISI campaign silent phase, pledging a combined $5 million.

“ISI was founded, funded and built by conscientious people and companies who had a vision for what a welcoming and global community Indiana could be,” Ms. Head explains. “The ONE ISI capital campaign is a realization of the long-time vision for a permanent home for the institution.”

“Our initial fundraising goal was established based on multiple feasibility studies, but our strong success in the silent phase of ONE ISI, which already has us at more than 75 percent of our goal, indicates that we can far exceed expectations as we publicly begin to engage new individuals, corporations, and foundations for their support,” explained Kristen Kaiser, ISI Vice President of Advancement.

The school has partnered with Schmidt Associates and Shiel Sexton for the building project, which aims to break ground on the new Chen Family Lower School building in 2020. Pending construction schedules, the new 45,000 square foot facility will open during the 2021-2022 academic year.

In the 25 years since the school’s founding, ISI has grown from 38 students to nearly 600. The multinational families, faculty and staff at ISI aspire to create a microcosm of the world they want for their own children: one that embraces difference through learning and understanding.

Currently, the ISI Lower School for pre-elementary and elementary students is located on W. 49th Street adjacent to the Butler University campus and some two miles from the Upper School campus on N. Michigan Rd. that serves ISI middle and high school students.

About International School of Indiana

Founded in 1994 by state leaders, International School of Indiana is the only school in central Indiana offering all enrolled students, age three to grade 12, access to certified full-continuum International Baccalaureate (IB) programming and language immersion opportunities in three languages. ISI has nearly 600 students and is known for its distinctive education. Over the school’s 25-year history, 16 graduating classes totaling more than 400 graduates have left the school prepared to be responsible citizens and effective leaders in a rapidly globalizing and interdependent world.