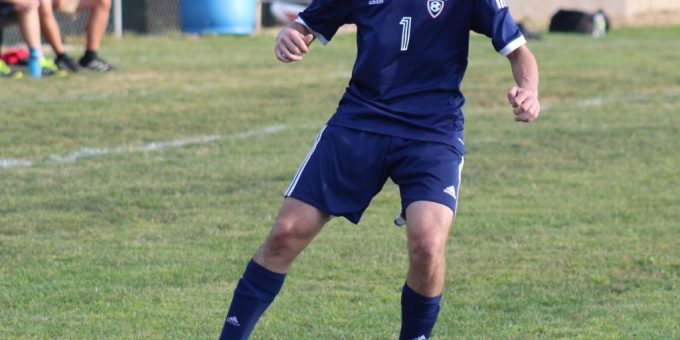 The Stars (8-5-2 overall, 1-4-2 in the Hoosier Hills Conference) trailed 2-0 in the first half and 3-2 late in the second half before registering a late free-kick goal by Jacob Kolk to salvage the tie.

“With how it went, we’ll take it,” BNL coach Logan Jackson said. “We didn’t hang our heads, we kept our composure.”

The Cubs scored twice in the first eight minutes as Caleb Denton struck first, then set up Carson Roark for an early advantage. But the Stars answered with Lakota Terrell’s goal (off a Billy Cline assist) with 23 minutes left, then drew even on Danny Cline’s goal (from Josh Anderson) at the 13-minute mark.

In the second half, Madison went back in front on Denton’s second goal (off a penalty kick following a foul by BNL goalie Tanner Robbins) with 10 minutes left. BNL retaliated when Kolk cracked home his free kick from just outside the box with 5 minutes left.

“I felt like we got off to a terrible start, but did a second job of fighting back,” Jackson said. “We moved the ball great, which is what we’ve been working on, and finished. We had our opportunities.”