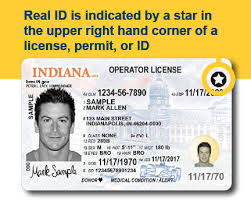 (WASHINGTON) — Almost three out of four Americans are unprepared for the October 1, 2020 deadline for full implementation of REAL ID, and millions could be prevented from boarding a plane because they do not have the required identification, according to a study commissioned by the U.S. Travel Association.

Next October 1, the U.S. Department of Homeland Security will implement the last phase of enforcement of the REAL ID Act—the law originally passed in 2005 which will require travelers to present a REAL ID-compliant driver’s license or other approved form of identification to board a flight.

According to the survey conducted for U.S. Travel by Longwoods International, a market research consultancy, 72% of Americans either do not have a REAL ID-compliant driver’s license or are unsure if they do.

The study also revealed a significant REAL ID awareness issue, with more than half of Americans (57%) saying they did not know about the upcoming deadline.

Many Americans also lack the alternatives to REAL ID-compliant, state-issued driver’s licenses—such as a U.S. passport. 39% of Americans say they do not have any form of identification that will be accepted starting October 1, 2020.

This equates to an estimated 99 million Americans that may not currently hold the proper identification to board an airplane starting next October.

Based on this data, U.S. Travel economists estimated the potential economic impact of REAL ID implementation: if REAL ID standards were to be fully enforced immediately, at least 78,500 air travelers could be turned away at TSA checkpoints on the first day, costing the U.S. economy $40.3 million in lost travel-related spending.

If that trend sustained for a full week, the figures could grow to more than half a million (549,500) air travelers prevented from boarding planes and $282 million in lost travel spending.

“Our survey gave us the answer we didn’t want to hear: that there is alarming lack of awareness and preparedness a short year out from REAL ID going into full effect,” said U.S. Travel Association President and CEO Roger Dow. “This is significant not only because it will inconvenience travelers and create confusion at U.S. airports—it could do significant damage to our nation’s economy.

“That’s why the U.S. Travel Association has launched a broad education effort alongside the full spectrum of public- and private-sector travel stakeholders: airports, federal government agencies, tourism offices, and the huge community of large and small businesses that depend on American travelers—we need all hands on deck to avert a big problem next October.”

The challenge, Dow noted, stems from all of the U.S. states and territories having individual—rather than concerted—processes for implementation of REAL ID standards.

The U.S. Travel Association is leading an initiative by private-sector travel stakeholders to better prepare the country for the October 1, 2020 REAL ID deadline. The association has developed a toolkit filled with resources for its membership and other allies to help educate Americans on what a REAL ID is, and is coordinating engagement with policymakers and government agencies to proactively address the awareness deficit pre-deadline.

For more information about REAL ID, additional findings from the study, policy recommendations, and other resources, click here.