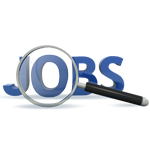 (INDIANAPOLIS) – Two positive takeaways from Indiana’s August employment report: The state’s unemployment rate last month fell to its lowest level in 18 months, and the number of unemployment insurance claims dropped to their lowest level this year.

Indiana’s jobless rate dipped in August to a preliminary 3.3% from 3.4% in July, according to the Indiana Department of Workforce Development. The rate in Indiana hasn’t been that low since February 2018, when it stood at 3.3% for three consecutive months starting in December 2017.

In addition, the number of Hoosiers filing for unemployment benefits in August dropped to 14,048, the lowest amount in a single month so far this year.

“For Indiana’s unemployment rate to remain so low for so long, and now drop even further, is a testament to Gov. Holcomb’s NextLevel Jobs push,” DWD Commissioner Fred Payne said. “The state’s strong business climate and workforce initiatives continue to lift Indiana above its neighboring states in employment.”

Illinois posted an August unemployment rate of 4%; Ohio, 4.1%; Michigan, 4.2%; and Kentucky, 4.4%, according to the Bureau of Labor Statistics. Other highlights of Indiana’s August employment report: